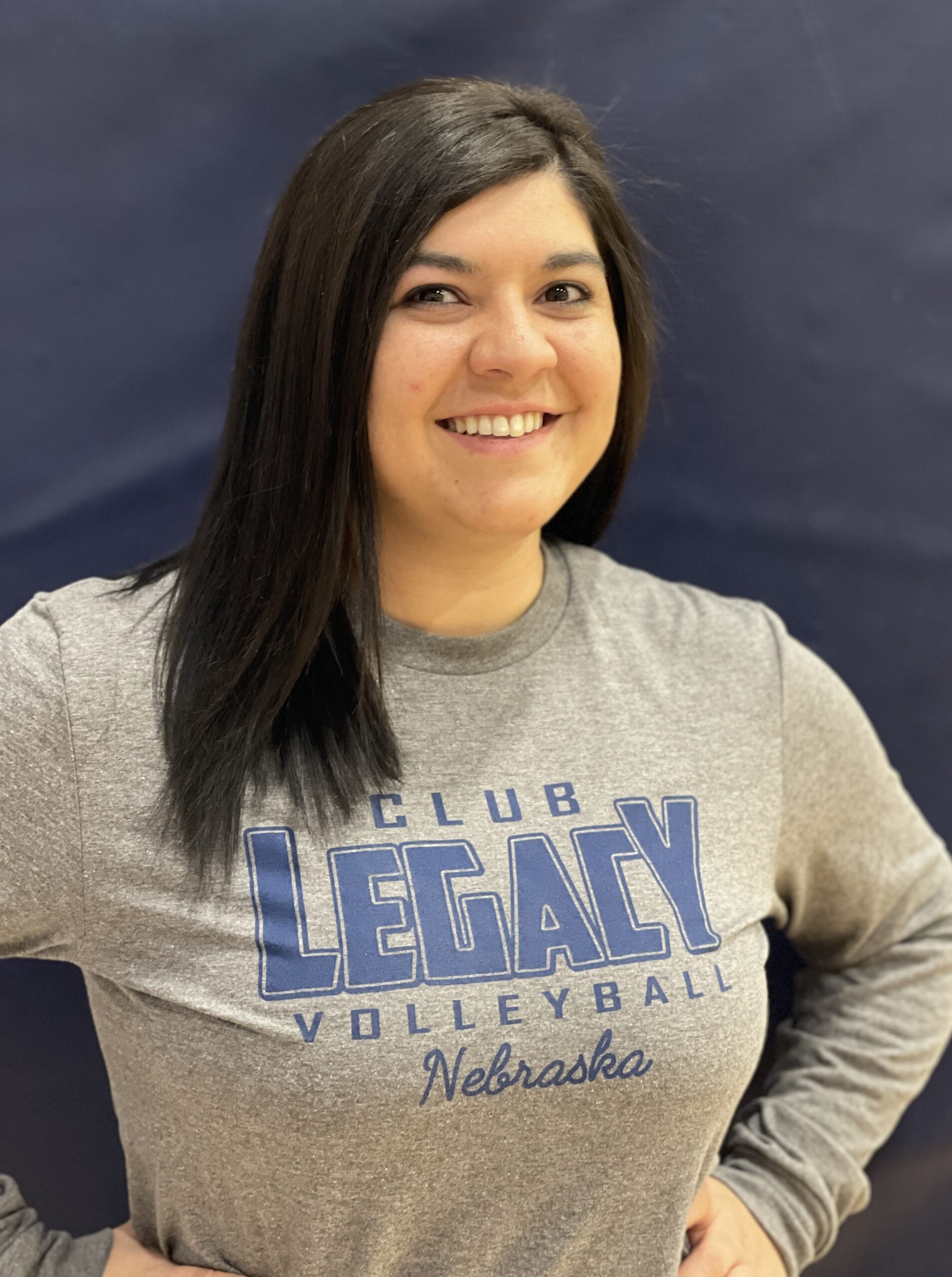 Alyssa Jeffrey is a new coach to club Legacy. She has accumulated seven years of high school coaching experience, as well as four years of club volleyball experience throughout Southwest Iowa and Central Nebraska. Alyssa played at Iowa Western in 2012 and 2013, where the team had a combined 89-9 record and finished 4th and 7th place in the nation.

After Alyssa’s time as a player, she moved right into an assistant coaching role at Cozad High School.  She also coached club volleyball in the spring for Platte Valley Juniors.  In 2016 she joined the Kenesaw Public School system as an assistant, where she also started a club volleyball team for Elementary and Junior high students.

In 2020, Alyssa became a first-time head coach for the Kenesaw Blue Devils.  Alyssa led the team to a 20-10 record, and also had a district runner-up finish.  She also coached Hope Neinhueser, who signed with Hastings College after her time with Alyssa.

Alyssa is currently an assistant coach at Iowa Western Community College and in her first collegiate coaching position for 2021-22. In her first year with the Reivers, the team had a record of 33-4 and took home the National Title making it Iowa Westerns first back to back championships!

Alyssa graduated from Grand Canyon University with a degree in elementary education.  She resides in Council Bluffs, IA.